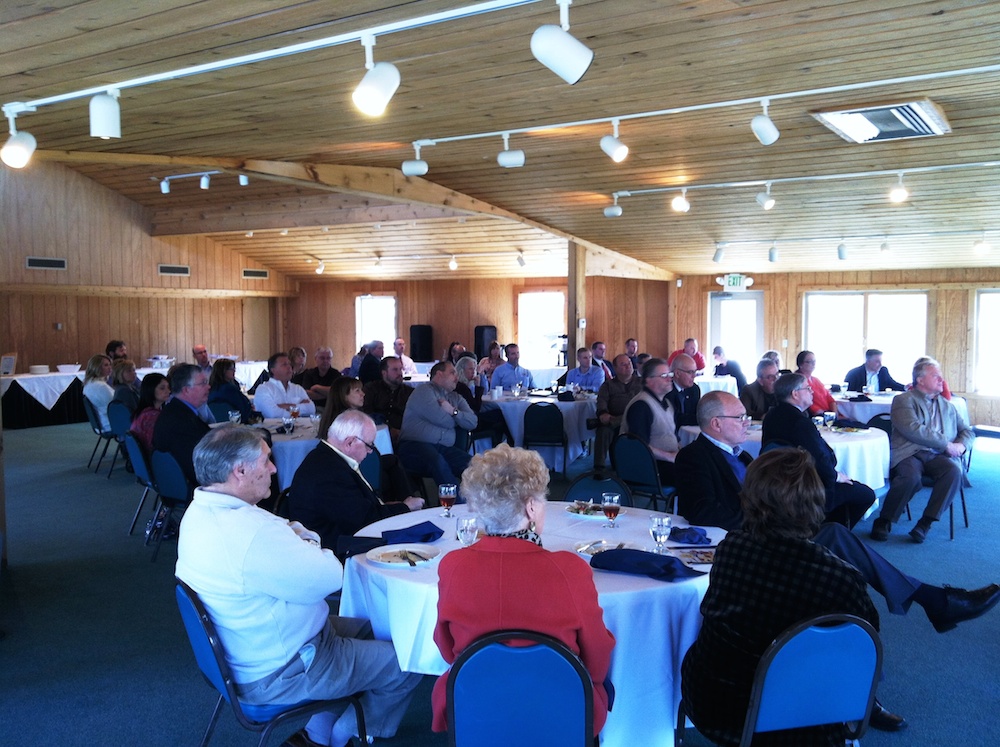 The Steuben County Industrial Guild has been in existence for more than 20-years and as of December 2013, officially incorporated as a 501(c)(6) organization.

The primary function of the Guild is to provide awareness to the Steuben Industrial community in compliance and regulatory issues. Workshops and seminars hosted by the Guild include topics such as OSHA compliance, Human Resources Laws, record keeping, Red Cross Safety, ADA/FMLA Regulations and Global Marketing just to name a few. The Guild has also participated in fundraising for worthy causes. Examples include the raising of $70,000 for the purpose of funding the Emergency Weather Transmitter Center, $14,000 for the Angola Fire Department to obtain Confined Space Entry equipment and $6,000 for Hazardous Material equipment for the Hazardous Material Response Group of Steuben County.

The Guild continues to be an asset to and support for local industry.

Board meetings are held from noon to 1:00 pm on the second Thursday on a quarterly basis beginning in January each year. Additional meetings may be scheduled on an as-needed basis.

Educational Seminars are held at the Angola Training Center, 306 W Mill Street, Angola from 9:00 am to 11:00 am on the second Thursday on a quarterly basis beginning in February.

Membership Meetings are held at: 6 Autumns/Ramada Inn, 3855 N State Road 127, Angola from 12:00 pm to 1:30 pm the the second Thursday on a quarterly basis beginning in March.

Three sponsors are needed for each of the Membership Meetings. Sponsors will be recognized at the event and will have the opportunity to address the attendees or distribute their promotional materials. We also encourage the sponsors to attend and network with our attendees.

*Schedule is subject to change.